Place your pickup order online, through our website!
close
Back

There’s a reason the Superfunghi consistently ranks among the top 4 bestsellers at Virtuous Pie.

This mushroom pizza is an herbaceous twist on a classic.

At its core, the familiar flavours of wild mushrooms and potato cream are paired with a satisfying bed of crunchy arugula to finish.

But, in between those layers of flavours and textures live the unsung heroes that make the Superfunghi a long-standing crowd-pleaser. Our signature cheeses — the cashew mozzarella and truffle almond ricotta — lend themselves generously to this simple blend of herbs and plants. 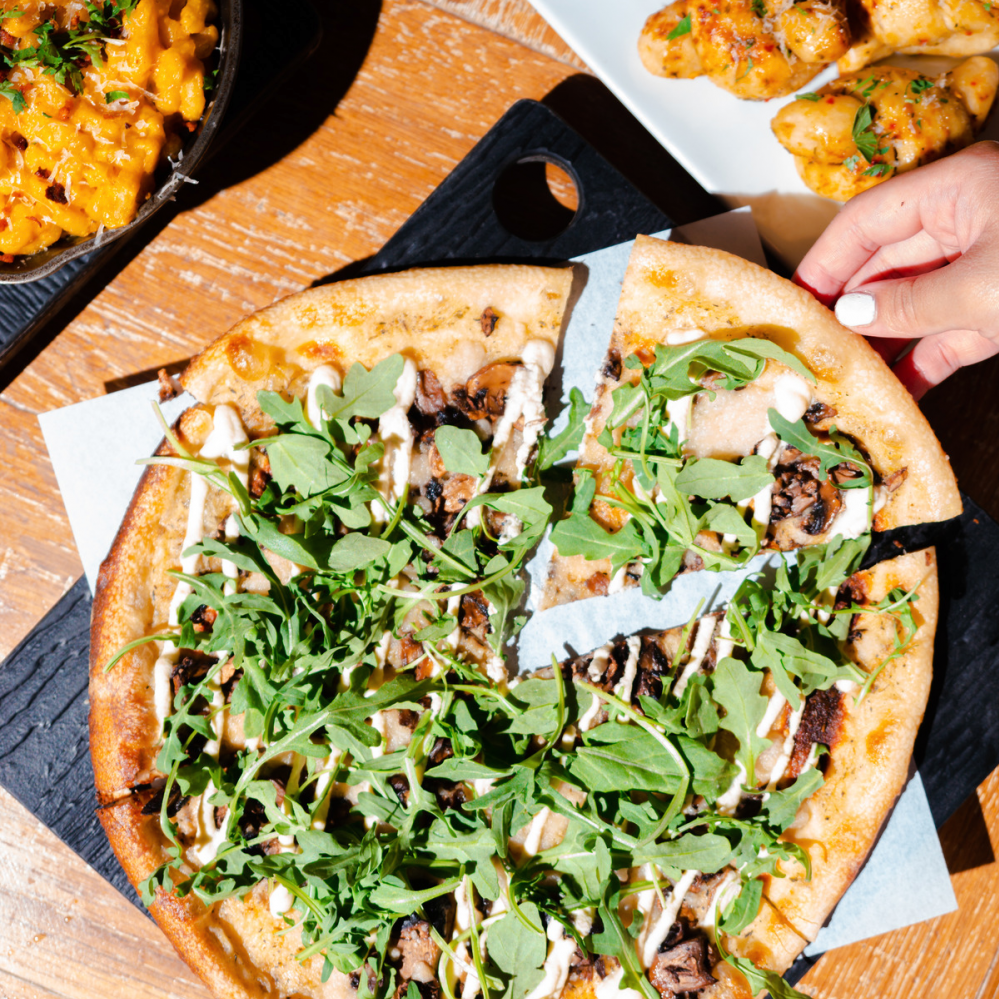 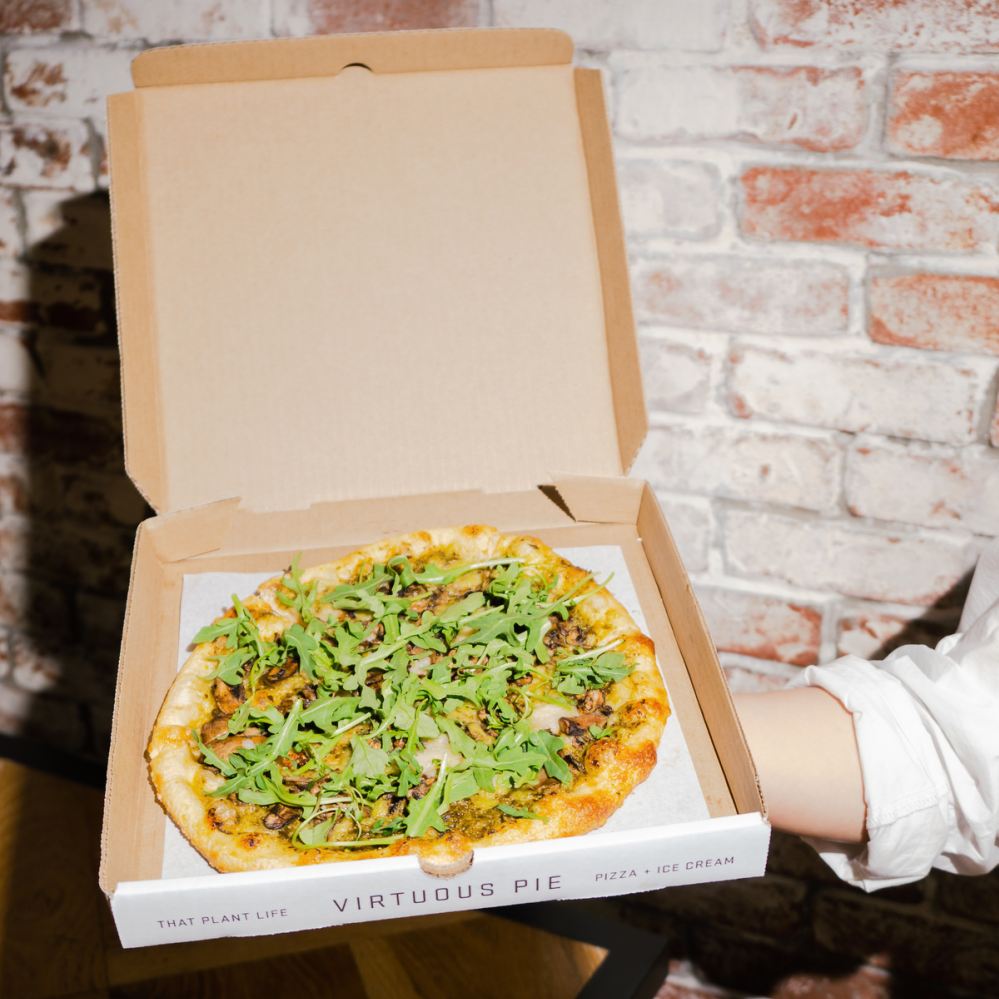 Since opening for business in 2016, our flagship location in Vancouver’s Chinatown has sold over 80,000 Superfunghi pizzas.

Given its popularity, we added a second mushroom pizza to our menu in the summer of 2020 — the Forager.

But, even the sophisticated ensemble of pesto, caramelized onions, wild mushrooms, and Italian sausage didn’t stand a chance at surpassing the Superfunghi’s marketability.

Perhaps this Virtuous Pie classic owes some of its success to the uniqueness of its name.

Do you know the red-capped mushroom with white spots from Super Mario Brothers?

While Nintendo originally named it Magic Mushroom, they later changed it to Super Mushroom following big debates about the game’s references to psychedelic drugs.

For us at Virtuous Pie, a mushroom pizza that was going to be a fan favourite needed a name that invoked fond memories.

So, we took inspiration from the Super Mushroom, and that is the story of how the Superfunghi came to be a Virtuous Pie classic.

With locations in Vancouver, Victoria, and Portland, Virtuous Pie is an elevated fast-casual restaurant, focused on handcrafted pizza and ice cream, made 100% from plants.

We are invested in building relationships with local growers and suppliers, establishing partnerships with local craft beer brewers, kombucha and wine producers, and the purveyors of key ingredients featured on our menu. Whether you need a quick bite for lunch or are looking to linger over dinner, we want you to eat well and feel good about what you eat.

Stay in the loop on important news, events and where we go next, delivered to your inbox.